Just this Past Weekend, the Who’s Who of Social & Justice Activism, Entertainment, Fashion and Politics Converged in Malibu, CA for the International Innovators of Justice forum & Documentary Series 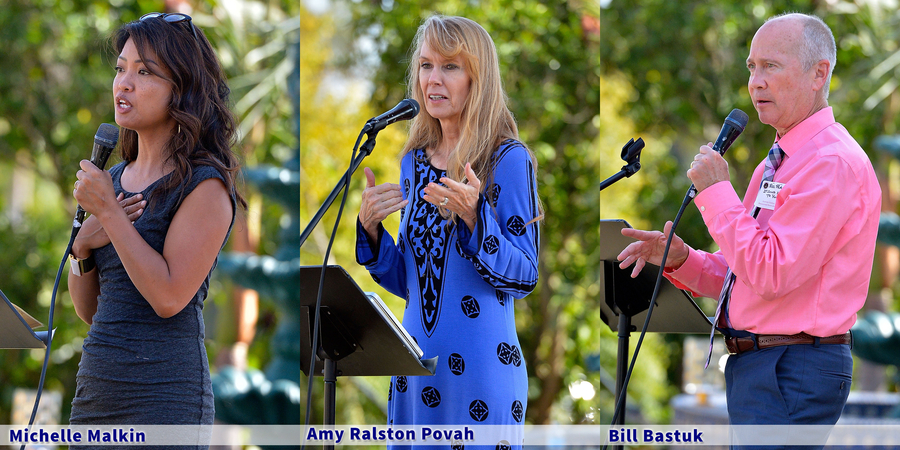 While Los Angeles has its share of Hollywood celebrities on red carpets and Tesla Rockets overhead, the real stars who outshone it all were innovators like Jeffrey Deskovic, Amy Ralston Povah, Michelle Malkin, Patty Lopez, Bill Bastuk and more.

LOS ANGELES, CA, November 09, 2018 /24-7PressRelease/ — Just this past weekend, the who’s who of social & justice activism, entertainment, fashion and politics converged in Malibu, CA for the International Innovators of Justice Forum & documentary series to take on solving the epidemic of false allegations, police misconduct, and wrongful convictions like Jeffrey Deskovic, Bill Bastuk, and Anand Jon Alexander.

While Los Angeles has its share of Hollywood celebrities on red carpets and Tesla Rockets overhead, the real stars who outshone it all were innovators like Jeffrey Deskovic, Amy Ralston Povah, Michelle Malkin, Patty Lopez, Bill Bastuk, and a slew of high-profile socialites, attorneys, forensic experts and investigators (Fn1) who joined forces to combat the plague of prosecutorial misconduct and false allegations with real world solutions for wrongful convictions as well as other criminal justice issues.

The panel explored the vital role of factual objective investigation without compromising due process, the presumption of innocence, or ignoring the harsh reality epidemic of false allegations. Michelle Malkin noted the need to not blindly believe anyone simply claiming to be a “victim” irrespective of gender, but to believe the facts, emphasizing the dangers of mob mentality and the responsibility of the media in fact finding. Without this, innocent “lives can be destroyed” even prior to or without any trial. Her compelling film clips and speech pointed out how every single person present was now “connected” in unison.

Women empowerment was on full display dominating much of the panel and the subject matter which found a fair navigation between the climate of abuse versus the pattern of unreliable and false allegations.

Jeffrey Deskovic recounted his own 16 year journey from being wrongfully convicted to eventually being exonerated by connecting the red flags of false allegations that have clearly been established in the wrongful conviction of Anand Jon Alexander (who recently won all outstanding out-of-state cases http://www.indialife.us/article.php?id=99457). Paying it forward, The Deskovic foundation has already gotten over half-a-dozen people home from prison.

Alongside Mr. Deskovic was the founder of “It could happen to you”, Mr. Bill Bastuk, raising awareness and activism and is part of the International Innovators core panel.

“In almost a decade of researching hundreds of wrongful conviction cases…The Anand Jon Alexander case wins the gold medal, as it stands out as one of the most pervasive examples of prosecutorial misconduct we have ever seen.”
– Bill Bastuk

Former CA Assemblywoman Patty Lopez, who authored Assembly Bill 1909, passed into law signed by Governor Jerry Brown in 2017, noted how the law enforcement misconduct in the Anand Jon case was “utterly shocking.” This fact was echoed by Texas counsel Rajish Jose, commutation Attorney Tim Milner, and by the other experts and fellow panelists. Jeffrey Deskovic took on this mission after researching such cases thoroughly, and he is scheduled to be on the core panel of the international innovators tour going nationwide and worldwide.

Attorney Raj Jose presented hard evidence of Anand Jon’s factual innocence, how it had been knowingly withheld by the Beverly Hills Police for almost a decade, and the documented conspiracy to “trick and trap” him using private messages exchanged through a popular social media platform.

Website Developer and Author C.J Gilbert spoke on how the rise of technology within the last decade has brought both positives and negatives with it. It’s now easier to prove and verify facts using new technologies and innovations. And yet, we must also guard ourselves against those who would create false profiles and social media accounts to make accusations and wrongful claims.

This was further confirmed by experts and investigators like Eric Agaki, and court appointed investigator Steve DiLorenzo, who described how proper investigations are the bedrock of a fair trial without which wrongful convictions can happen to anyone.

Attorney Rajish Jose added how there is not a single scratch on anyone and Mr. Alexander has no history of violence or drugs or gangs, and even passed a lie detector/polygraph test. He emphasized how after the Beverly Hills Police themselves caused extraordinary delays, and got caught withholding critical favorable evidence, their efforts to then try to “procedurally bar” Mr. Alexander’s relief efforts under supposed “untimeliness” only displayed the absurdity of how law
enforcement is trying to be “rewarded for their own misconduct.”

Los Angeles based Attorney Tim Milner added details about the stunning juror misconduct and racist xenophobia that crippled any chance of a fair trial and urged Governor Brown to at least commutate the draconian 59 years to life sentence Mr. Alexander is suffering.

Community leaders like the host Dr. Marwah and Mr Rajendra Vora spoke up, outraged by the crisis while attendees like Attorney Etan Lorant, Shashi Abraham, American Justice Alliance V. P. Maggi Khalon, along with the panelists, made a unified stand to campaign until no innocent man or woman was left behind.

While minority males are the biggest sufferers of injustice, wrongful convictions can indeed happen to anyone of any race and gender as seen from Amy Ralston Povah, who described her own journey as a federal prisoner for almost a decade based on crimes erroneously attributed to her. After creating an Innovative Sisterhood of Activism and upon being pardoned by President Clinton, she went on to create a foundation that specialized in clemency. A local Malibu native,
Ms Povah’s warning against unscrupulous prosecutors who abuse their power and position only further validated the need for this movement.

Fresh off the victory in getting New York Governor Cuomo to sign the country’s first ever commission watchdog group over Prosecutors, Bill Bastuk and Jeffrey Deskovic also discussed how to build a coalition and get similar safeguards in place all over the country. This is especially needed in states like California, with a track record of harboring notorious law enforcement who are a prime factor as to why innocent people get convicted.

“Whether we speak of better conditions inside, clemency, rehabilitation, second chance or better education it all boils down to a change for making this world a better place from this powerful platform of International Innovators of Justice.”
– Event Moderator, Ms Mini Guleria”.

A bevy of dynamic students and models volunteered with hosting the lunch by Tandoori Kitchen, which sponsored a variety of exotic foods to the dozens of supporters and guests that came from across the country and all over the world. Prestigious institutions including a group with Professor Singh, the Dean of neighboring Pepperdine University’s law school. Linda Najarro, a Chapman University law school grad, who just took the bar exam, expressed her enthusiasm in
being part of such a powerful movement “reiterated why I wanted to be a lawyer in the first place.”

• Michelle Malkin, media powerhouse, considered among the most influential authors, bloggers, filmmakers who is searing investigative journalism is admired and feared – but always respected.
https://en.m.wikipedia.org/wiki/Michelle_Malkin
https://www.crtv.com/category/michelle-malkin-investigates

• Jeffrey Deskovic,M.A., Internationally recognized wrongful conviction expert and founder of The Jeffrey Deskovic Foundation for Justice, which has freed seven wrongfully convicted people. An advisory board member of the coalition group It Can Happen To You, Jeff was instrumental in passing the countries first Commission On Prosecutorial Conduct and getting it signed into law.
https://www.deskovicfoundation.org/

• Bill Bastuk, Former Monroe County Legislator who was falsely accused of rape, only to be acquitted and become founder of It Can Happen To You, which spearheaded the passage of the Commission On Prosecutorial Conduct.

• Princess Maria of Philippines, Founder of We Care for Humanity Charity
http://www.wecareforhumanity.org/blogs/hh-princess-maria-amor-torres- … dpresident

• Amy Ralston Povah, who upon receiving presidential clemency started The Can-Do Foundation and was involved in celebrities like Kim Kardashian getting into prison reform, clemency activism.
http://www.candoclemency.com/

• Nov 4 Event Hosted by Dr Marwah at his ranch in Malibu, CA.
Besides being an iconic guidelight to the South Asian community in America for over sixty years, the 90 plus year old Dr Marwah is a political force who expressed steadfast support for the underprivileged and wronged like Anand Jon. (at center in group photo)
https://www.indiawest.com/news/global_indian/malibu-dentist-honored-w … 1732f.html

• Event Technology & Online Media: C.J. Gilbert is the Director of Technology and Communication for International Innovators of Justice. He can be directly reached at [email protected].

Contrary To The Teachings Of Bruce Wilkinson, There Are Two Sources Of Miracles In The Bible Says Evangelical Outreach Director Dan Corner 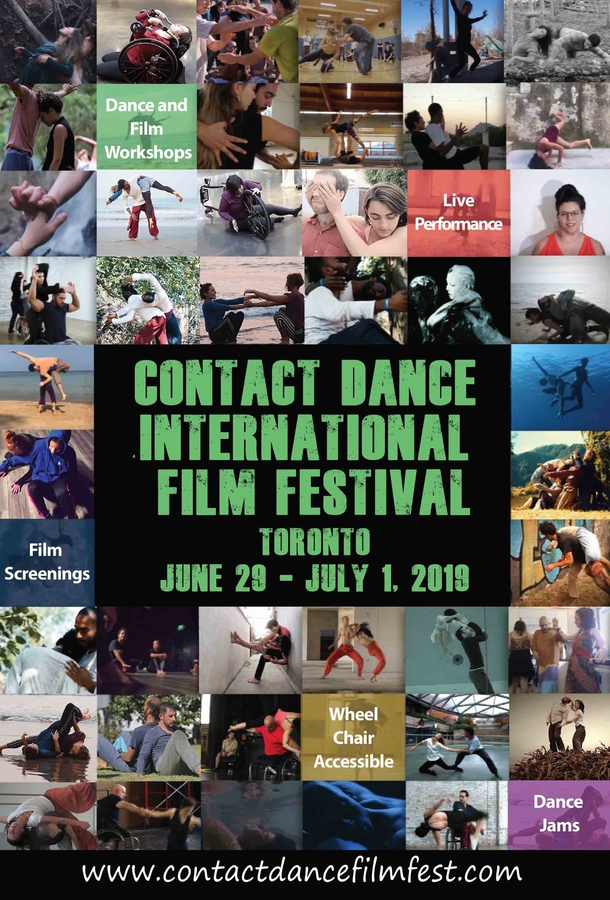