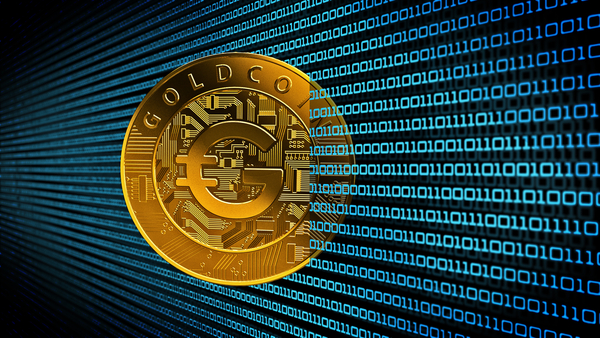 The name GOLDCOIN has an instant appeal to Indians, given their love of the yellow metal. “But when they look at the investment case, they are even more impressed”

Virtual currency exchanges in the country are booming, even as the value of the best-known among them jumps, exchange owners say.

GOLDCOIN is no exception. “Demand just grows for GOLDCOIN is high,” comments Srinivas Peesapaty, who heads up GOLDCOIN’s operations in India from Hyderabad. “The number of buyers has jumped.”

Indian investors appreciate the importance of cryptocurrencies. The number of registrations across the country has almost doubled within the past month (at least partly following Bitcoin’s advance past $10,000), according to one exchange owner. On Nov. 01, the price of a bitcoin in India was Rs459,047 ($7,124), which climbed sharply to Rs860,049 by Nov. 29.

This is in the teeth of pronouncements, both by the government in New Delhi, and the country’s central bank, the Reserve Bank of India, warning consumers about the dangers of the new currencies.

“It took us a few years to gather a few thousand customers, but that number has doubled in the past few months,” Peesapaty notes. “Interest in cryto-currencies is snow-balling: You can gauge it by the large and very motivated crowds I see at conventions and trade shows.”

Indian consumers are among the greatest savers in the world, and the country is the world’s largest market for physical gold, even ahead of China.

“They don’t have much opportunity within the traditional financial system,” Peesapaty explains. “Only a third of Indians have bank accounts. Consumer price inflation is higher than benchmark interest rates and government bond yields. This means that, when they learn about real, solid value like GOLDCOIN (GLD), they are eager to take advantage of it.”

The name GOLDCOIN has an instant appeal to Indians, given their love of the yellow metal. “But when they look at the investment case, they are even more impressed,” he insists. The price of GOLDCOIN has risen against the dollar from $0.03 to $0.20 in a very short period, as the chart shows.

Investors have confidence in GOLDCOIN, it has stayed on the path pioneered by Satoshi Nakamoto when he or she first created Bitcoin. That initial vision, as outlined in the original white paper published in 2008, is the basis of GOLDCOIN (GLD).

GOLDCOIN fulfills that paradigm better than any other crypto-currency, because of the intensive and accurate way it is managed. Peesapaty was well-positioned to grasp this, as he has been an independent high-tech businessman for many years.

“GOLDCOIN provides a more effective platform for investment in cryptocurrencies than any other,” Peesapaty points out. “Goldcoin is faster than both Bitcoin and Litecoin in terms of payment confirmation times.

GOLDCOIN’s topnotch development team has made the coin’s network faster and better performing than any other. GOLDCOIN recently added three new experienced developers in its continuing effort to keep its network the best in the sector. GOLDCOIN is also protected from the 51% attack, in which hackers become able to control the majority of the network mining power (hashrate).

“And GOLDCOIN’s unique Golden River algorithm provides an impregnable defense against ASIC attacks, which can wreck the value of a cryptocurrency,” Peesapaty says.

With India becoming the fastest-growing market for cryto-currencies, GOLDCOIN is clearly set to become one of the top investments among them.

GoldCoin is faster than both BTC and LTC in terms of confirmation times and features an innovative 51% attack defense system.

Goldcoin is a great name meaning “value” to billions of people Worldwide. Our multi-pool resistant client is innovative and secure with an integrated 51% attack defense system. Goldcoin is a genuinely unique coin, not just another clone.

VIRGINIC Wins its Trademark over Virgin Twice in the UK. Virgin Demands the Small Start Up Gets Shut Down and Serves Personal Lawsuits to Employees Private Linkedin Profiles

Ryan Horst: How This Entrepreneur Was Able to Tap Into the Chat Marketing Industry to Find His Success