SPOKANE, WA, September 26, 2019 /24-7PressRelease/ — Wind out of the West today was the collective sigh of relief by thousands of wheat farmers, landlords and agribusinesses in Eastern Washington upon hearing news that a trade agreement had been signed between the U.S. and Japan.

The agreement will put U.S. wheat on an equal footing into Japan as wheat from Canada and Australia. Beginning in 2018, those countries had a price advantage in Japan as a result of all three being part of the 11 countries’ Comprehensive and Progressive Trans-Pacific Partnership. President Trump pulled the U.S. out of the Trans-Pacific Partnership in one of his first acts in office.

“In the Northwest, where so much of our soft white wheat is exported to Japan, the signing of this trade agreement is, as the president often likes to say: Huge. The lack of an agreement and uncertainty about the future of the Japanese market had been keeping me awake. I’m looking forward to a good night’s sleep,” Bailey said.

Glen Squires, CEO of the WGC, said the Japanese agreement is a much bigger deal in Eastern Washington than the on and off again trade negotiations with the Chinese.

“Of course we’re interested in a resolution of the China/U.S. tariff war, but China has always been a periodic purchaser, up one year, down the next five. Japan, on the other hand, has been an important buyer since 1949. And it’s not just us breathing a sigh of relief. I’m certain our Japanese customers are as thrilled as we are that the deal is done,” Squires said.

Factoring in all wheat classes, the Japanese market is worth about $1.2 billion, of which the U.S. provides half, with Canada and Australia splitting the remainder.

Michelle Hennings, executive director of the Washington Association of Wheat Growers, said her membership had a front-row seat to the now successful trade agreement.

“Greg Doud, the agricultural negotiator for the U.S. Trade Representative, spoke at our Tri-State Grain Convention last year about this and other trade issues facing agriculture,” she said. “He laid out the Administration’s goals and in the case of the Japan agreement, that’s what happened. We can only hope that the Trump team will be as successful in their negotiations with China.”

The trade agreement does much more than equalize U.S. wheat prices with supplies from Canada and Australia. Beef and pork will see reduced tariffs and an array of fruits including blueberries, cranberries as well as sweet corn, will benefit from tariff elimination. Altogether, tariffs will be reduced or eliminated on $7.2 billion of U.S. food and agricultural products.

Jeff Shawver, president of WAWG, was pleased with the news, but said much still needs to be done.

“Farmers are just paying the bills, and some of them aren’t doing that. We produce the highest quality wheat in the world. Let’s keep the momentum going to finalize the remaining trade agreements to help stabilize our farm economy,” he said.

Education and outreach are the heart of WAWG activity, all of which is aimed at helping Washington wheat families. Since 1954, WAWG has been dedicated to the enrichment of the Washington wheat industry as a nonprofit trade association, which depends on volunteers, membership dues and donations to carry out activities as representatives on the state and national levels. WAWG monitors state, transportation, research and natural resources policy and partners with the National Association of Wheat Growers to monitor national farm policy. 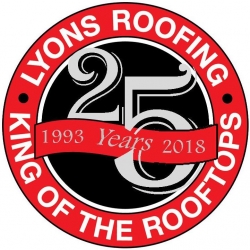 John Cordisco Reappointed to Disciplinary Board of Pennsylvania