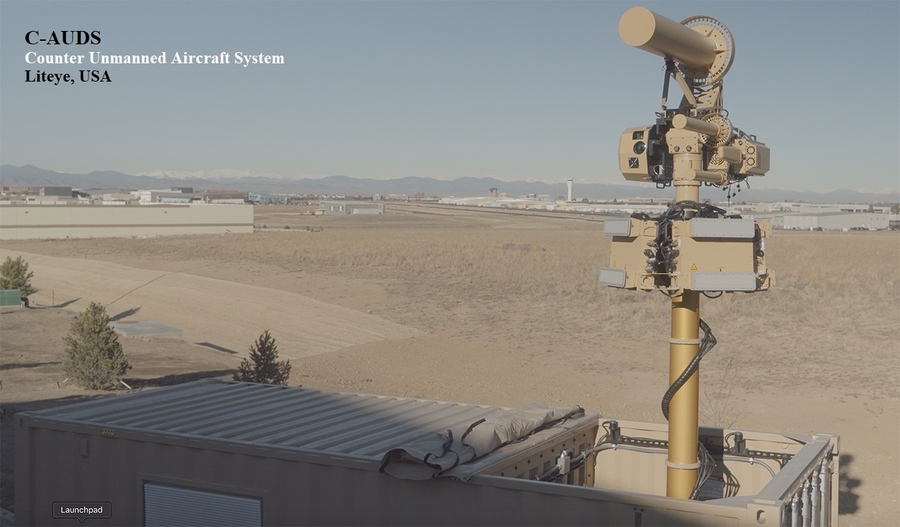 Liteye subject matter experts will be available throughout the InterDrone Conference in the Exhibit Hall on Booth #613. www.interdrone.com

“It’s an honor to be asked to participate on a panel of experts to discuss the growing threat around the world,” said Geyer. “As the world continues to see record setting growth in utilization of commercial drones, Liteye continues to provide protective systems and technologies that outpace the drone technology advancements in that same industry.”

Since 2016 Liteye Systems has deployed over $60M in C-UAS Solutions with the US DOD. Liteye has been protecting personnel and critical infrastructure against threatening or hazardous use of small drones longer than any other company.

“Commercial drones provide immeasurable benefits to all kinds of people and organizations, and they will undoubtedly change the way the world operates in a positive way. Unfortunately, with all the positive, there will always be those out there that take deliberate actions to use the technology in horrible ways. They will break the laws, they will go around the fences, and deliberately cause harm. Liteye and our partners are committed to defend against it,” reports Liteye CEO Kenneth Geyer.

Liteye has won numerous awards and recognition for their field proven variants of the Anti-UAS Defense System (AUDS) as well as their competitive selection for numerous contracts by the US Air Force and US Army. Liteye’s system was first deployed in 2016 with the US Army and has fast become the “go to” defense system for US Forces. Liteye’s combat proven AUDS systems have the capabilities to detect, track, identify and defeat enemy drones with layered technologies to create a solid line of defense. Mr. Geyer goes on to say: “We receive continuous feedback from end users in theater who face attacks almost daily. This provides Liteye with critical information enabling us to rapidly add layers of capabilities to the backbone of our system.”

Liteye and their partners, Blighter, Chess Dynamics, Enterprise Control Systems, Numerica, Open Works Engineering, and Pratt and Miller, continue to advance and bring new solutions and layers of technology to the market as new threats develop. Liteye provides solutions and service support to both the military and commercial sector such as airport security and critical national infrastructure security.

Patented Technology is Reinventing How Companies Interact with Customers Online