Gouvieux, France, July 10, 2017 –(PR.com)– Tomorrow, on 11 July 2017, His Highness the Aga Khan will mark his Diamond Jubilee, or 60th year as the 49th hereditary Imam (spiritual leader) of the world’s Shia Ismaili Muslims. This worldwide celebration brings together the global Ismaili community, partners of the Aga Khan Development Network (AKDN), and government and faith community leaders in over 25 countries. 11 July begins a year of milestone announcements by the Aga Khan for a global commitment to partnerships based on the principles of ethics in action, peace and pluralism.

Over the past six decades, the Aga Khan has transformed the quality of life for millions of people around the world. In the areas of health, education, cultural revitalisation, and economic empowerment, he has worked to inspire excellence and improve living conditions and opportunities including in some of the world’s most remote and troubled regions.

In Islam’s ethical tradition, religious leaders not only interpret the faith but also have a responsibility to help improve the quality of life of their community and the societies among which they live. For the Aga Khan, this has meant dedicating his life to addressing the concerns of the developing world.

The Aga Khan and the Shia Ismaili Muslim Community

The Aga Khan is a direct descendant of the Prophet Muhammad (peace be upon him and his family) through his cousin and son-in-law Ali, the first Imam, and his wife Fatima, the Prophet’s daughter. He succeeded his grandfather, Sir Sultan Mahomed Shah Aga Khan as the Imam of the Shia Ismaili Muslims sixty years ago, at the age of 20.

Today, His Highness the Aga Khan leads a global community of some 15 million Shia Ismaili Muslims, living predominantly in South Asia, Central Asia, Africa, the Middle East, Europe, North America, and the Far East. Like the Muslim world as a whole, the Ismaili community represents a rich diversity of cultures, languages, and nationalities. His role as Imam includes the interpretation of the faith for his community and responsibility for religious institutions and his followers worldwide.

The Aga Khan and the AKDN

Driven by the ethics of his faith and the Imam’s hereditary responsibility to improve the quality of life for his community and for those amongst whom they live, the Aga Khan has been at the forefront of innovation in development during his 60 years as Imam. He is Founder and Chairman of the Aga Khan Development Network (AKDN), one of the most comprehensive development networks in the world today. The AKDN operates in over 30 countries principally in Central and South Asia, Eastern and Western Africa and the Middle East. Its activities contribute to the employment of over 80,000 staff, making one of the largest development organisations in the world.

Inspired by the Islamic ethic of compassion and responsibility to care for the needy, the AKDN works for the common good of all citizens, regardless of their gender, origin, or religion. The AKDN’s agencies have mandates ranging from health and education to architecture, microfinance, disaster reduction, rural development, the promotion of private-sector enterprise and the revitalisation of historic cities – all of which are catalysts for development. Together, they contribute towards building a vibrant civil society that addresses the needs of vulnerable populations.

AKDN spends US$ 925 million dollars annually on non-profit social and cultural development activities – a threefold increase over the past ten years. It operates more than 200 health care institutions, 2 universities spanning 6 countries, and 200 schools and school improvement programmes in some of the most remote and poorest parts of the developing world.

At the same time, AKDN operates over 90 project companies in post-conflict and transitional economies, helping to lay the foundations of economic development in these countries. These companies, which range from a large-scale hydropower project in Uganda to a mobile phone company in Afghanistan, now generate over US$ 4.1 billion in revenues. Surpluses from these activities are re-invested into development projects.

Following in the tradition of his forefathers – going back over a thousand years to the establishment, by the Ismaili Imams, of the earliest universities and institutions of learning in the Muslim world – the Aga Khan has continued to emphasise the importance of education for both men and women. He has established centres of learning that are at the forefront of international teaching practice, knowledge and scientific research, including the Aga Khan University, the University of Central Asia, and the Aga Khan Academies.

In keeping with tradition, the Aga Khan’s Diamond Jubilee celebrations will include the launching of new social, cultural, and economic development projects.

New projects and initiatives to be announced or dedicated this year include coordinated programmes to alleviate poverty, increased access to finance for education, health and housing, early childhood development, and infrastructure (principally, water, energy and telecommunications) projects in developing countries. Additional resources and capacity will be added to the institutions of the AKDN, including the Aga Khan University and the University of Central Asia.

The Aga Khan believes diversity should inspire, not divide, and that enhancing pluralism is a crucial building block for constructing peaceful and successful societies. In 2006, the Aga Khan and the Canadian government established the Global Centre for Pluralism in Ottawa to conduct research and advance knowledge about the values that underpin inclusive pluralistic societies.

The Aga Khan has enhanced dialogue and fostered collaboration between faith communities and has been a strong advocate for an improved understanding of Islam. He has emphasised Islam as a thinking, spiritual faith that teaches compassion and tolerance and upholds the dignity of mankind. Rejecting the notion of an inevitable conflict between peoples, he has called this a “clash of ignorance” rather than one of civilisations.

In his own words: “The world we seek is not a world where difference is erased but where difference can be a powerful force for good, helping us to fashion a new sense of cooperation and coherence in our world and to build together a better life for all.”

In the continuingly turbulent times the world finds itself in, it is hoped that the Diamond Jubilee will also provide occasion to improve understanding of Islam and Muslim civilizations and foster collaboration between different peoples and faith communities around the world.

The Diamond Jubilee provides an occasion to improve understanding – including of Islam and Muslim civilizations – and foster collaboration between different peoples and faith communities across the globe.

There will be a private event for the Aga Khan and leaders of the Ismaili Community on 11 July marking this historic occasion; global ceremonies coinciding with this event will be hosted by the Ismaili community. While the private nature of the event precludes it from general public broadcast, a press release, a video news release, and select photos of the event will be made available to the media on the day.

For more information about the Ismaili Community please visit: www.theismaili.org 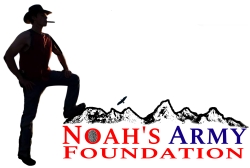 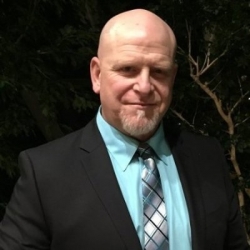 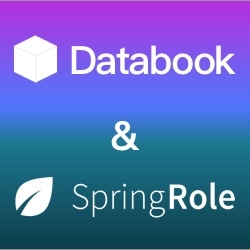 John A. Jarrell Recognized as a Professional of the Year by Strathmore’s Who’s Who Worldwide Publication